The Road Show #36 with “The Old Twit” Duggystone Radio

Another Brilliant show with a special interview with “The Old Twit”

Forget Topgear this show wipes the floor with it, its been said Clarkson is bricking himself as Jack may end up on Amazon

Some banging music for good measure, so if you’re a car nut and want to know the latest news and be royally entertained by an uber car geek

This is the show for you 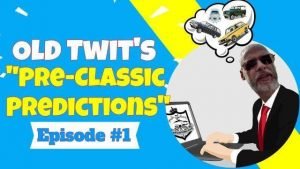 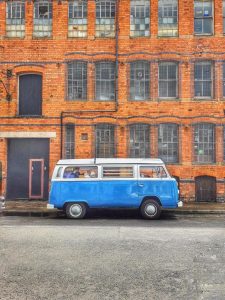 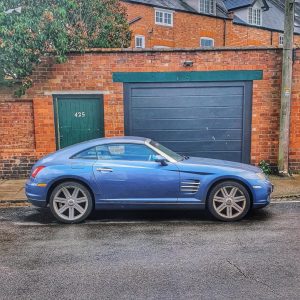 One of the biggest stories this week is that across the world, Honda factories were forced to temporarily stop production due to a cyberattack. The attack occurred on Monday and has affected the company’s ability to access its computer servers and utilise its internal systems for tasks such as sending emails. The plants that were affected by the cyber-attack were in Japan, America, Italy, India, Brazil, Turkey and the UK. The attack itself is believed to be a form of ransomware, which can block users from their data until they have paid to get it back. Honda has, however, said that no data has been breached and, at this point, they see minimal business impact. Since then, production has resumed at some plants with Honda themselves saying that “Work is being undertaken to minimise the impact and to restore full functionality of production, sales and development activities’.

Also this week, Ford and Volkswagen have begun a collaboration to produce a new commercial vehicle for America. Announced on Wednesday, the vehicle would be a medium sized pickup truck and van that will be based on the successful Ford Ranger platform. The pairing are very hopeful for this new vehicle, which is scheduled to go into production at some point in 2022, as they aim to make 8,000,000. Ford and Volkswagen will also be building an electric vehicle especially for the European market, too, which will use Volkswagen’s Modular Electric Drive Toolkit, the same which will be used for the upcoming range of Volkswagen ID vehicles. It’s expected that this vehicle will be with us for 2023.

And whilst the Americans and Germans are in talks, so are the British and the Japanese. The negotiations are about bringing forward the period for which tariffs will be removed for vehicles and spare parts, after leaving the European Union. Last year, Japan was Britain’s fourth largest non-EU trading partner (worth around $38 billion) and the Japanese Foreign Minister, Toshimitsu Motegi showed interest in Britain’s aim to join the Trans-Pacific free trade pact at some point in the near future. Naturally, there are various Japanese car plants in Britain, including Nissan’s in Sunderland, Honda’s in Swindon and Toyota’s in Burnaston, however due to the uncertainties caused by Brexit, the future of these factories has been very unclear. So it’ll be very interesting to see how these negotiations progress, and of course you can hear any updates right here on The Road Show.

In other news, last week saw a new American hydrogen-fuel-cell truck manufacturer enter the stock market. Nikola Motors is a start-up business that has been described as the Tesla of the truck world and quite frankly they’ve lived up to their name. In their first week on the stock market, Nikola Motors gained a stock value of $28.8 billion. Now, to put that into perspective for you that’s double the market cap of Fiat Chrysler, the eight largest automaker in the world. It’s an amazing achievement for any new vehicle company, not to mention one that hasn’t got any vehicles in production as of yet. But they do have a prototype truck called the Badger which is currently in the works. It will be offered as a conventional BEV (that’s a battery electric vehicle) with a proposed range of around 300 miles on a single charge, or with a 120kW hydrogen fuel cell that supposedly is capable of doing double the miles. It’s also believed that the Badger will be able to produce up to 894bhp and 980lb per ft of torque and is also capable of getting to 60 in just 2.9 seconds. So the Nikola Badger looks as if it’s prime competition for Tesla’s upcoming Cybertruck, a car that has certainly caused some controversy in the world of motoring. Addressing this, well not directly, Nikola’s founded Trevor Milton claimed that the Badger is ‘a real operating truck, not a fake show truck that will have stamped metal panels and a functioning interior’. Which do you think is the better truck of the future? Let us know on our social media pages.

More news on Vauxhall’s new Mokka this week as it’s been announced that it’ll be the first car to feature Vauxhall’s new face. Whilst car journalists have yet to see the new design in the flesh (the only photos revealed so far show it in green patterned wrapping) Vauxhall have at least released a sketch showing the overall design. The company claims that ‘the unmistakable front will become a hallmark of all Vauxhall models in the course of the 2020s with the idea of further clustering top technologies’. However, it is something that we’ve seen before on Vauxhall’s GTX concept car from back in 2018. Other than that we also know that the new Mokka will be 120kg lighter than the old model and lower to the ground. It should be with us early on next year.

Automotive Advice – How to lower your car insurance

Right, so for this section of The Road Show I thought I’d return to the theme of Automotive Advice. Last time we took a look at some of the misconceptions had by all types of vehicle, along with the pros and cons of them, this time we’re taking a look at insurance, and how you can lower your premiums. Now the main reason why I wanted to cover this was because of some research I read this week, which states that millions of motorists who drive fewer than 7,000 miles a year are paying a low mileage penalty. This is quite an interesting statement to make considering that the average annual mileage for drivers in Britain is 7,090 miles.

Now if you’re not a Brit, you might not know that car insurance can be pretty expensive here in the UK, so it’s always good to see how you could save money. I’m not sure how expensive car insurance is in other countries, however you might find that it’s worth checking using price comparison sites – you never know!

Okay, so let’s start with that bit of research regarding the key figure of 7,000 miles. Now for many it would come as a surprise to hear that there is in fact a form of low mileage penalty and you might be wondering how on earth this is possible. Well, it is quite confusing but hopefully I can explain. As I’m sure you can imagine, the amount of cover you select falls under brackets – with figures typically rounded up to the thousands. So if you select cover for 2900 miles you’ll probably get the same quote that you would for 3100. Well, insurers like to look at their most commonly selected bracket in order to help spread the cost of insurance and ensure that high mileages don’t come with sky high charges, or dare I say make the most they can out of motorists.

The best example of this found by the research was for motorists aged between 25 and 29 doing between 5000 and 6000 miles. That figure is, once again, the average mileage for that particular age bracket and as such insurance for those who fall into it is noticeably higher – around £215 higher in fact than the same cover for double the mileage. So, car insurance doesn’t seem to be a system where, if you drive less you pay less, so there’s no harm in checking to see what happens when you increase the mileage figure.

And it doesn’t stop there. There are plenty of other tips which can help you save money on your car insurance. Naturally, one of the most obvious ways would be by paying for it annually rather than monthly. Whilst using direct debit for insurance on some items can lead to you saving money, sadly car insurance isn’t one of those things. So if you can, pay for the entire year.

Another rather obvious tip is to shop around. Obviously using a price comparison site rather than automatically renewing your insurance is the most important decision here but there are other ways. With practically all insurance companies you can bundle extras such as breakdown cover, however by checking with other companies you might be able to get this for a little less.

Something that’s worked for me in the past in making insurance cheaper is putting other drivers on my policy. Obviously I’m very young and when you just start out driving and you don’t have any no claims bonus (that’s the bonus you get for not asking the insurers for money, say, if you crash) – it’s always really expensive. But by adding family members who have held a no claims bonus for several years, you’re showing the insurer that you come from a family of trustworthy motorists and so they’d be more inclined to lower the price of the premium. But naturally this can work the other way too, meaning if you’ve been driving for a long time and put someone who’s just passed their test on your insurance, it will increase.

And whilst you’re choosing wisely have a good look at your job title. Typically on these price comparison sites there is a drop down list where you can select what job you have. But sometimes there are various names for the same job – for example a chef and a kitchen worker. Essentially, insurers will take a look at how you describe your job and can base some of the quote on that, so it’s worth checking out all your options. However, the most crucial thing to consider here is to not just outright lie to them. That’s considered as fraud and you may well be prosecuted and you’re insurance would be sky high then.

But finally, a word of warning. If you’re a younger driver in particular then you might be drawn in by quotes which use a black box. Now, if you didn’t know a black box is a telematics device which judges you’re driving, typically looking at speed, smoothness (such as how harshly you accelerate and brake) as well as the way you use your car. I had cover like this for my first year behind the wheel – I’m not going to tell you which insurer it was with because I don’t want to be impartial – but it wasn’t exactly plain sailing. I found that I was marked incredibly harshly at the end of each quarter to lower my average score, told me I was speeding because it had registered my car on the road next to a bypass, not to mention the fact that they didn’t amend the score when I rang up customer service, but the worst is that the scheme didn’t take into account other drivers so if someone else drove poorly I got the blame. Now, I’m not saying that all black box insurance policies are the same, but I’ve heard plenty of similar horror stories. In 2018, a study conducted by Smart Money People found that 70% of black box users were displeased with it. 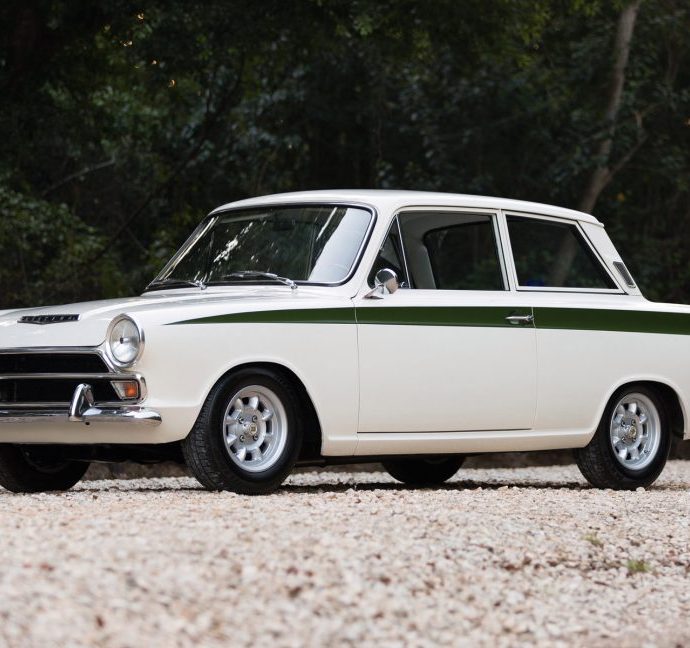 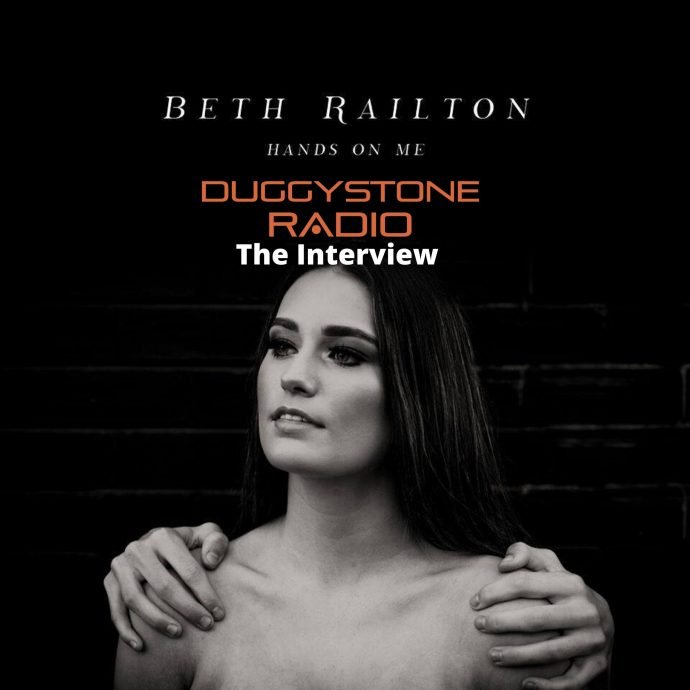 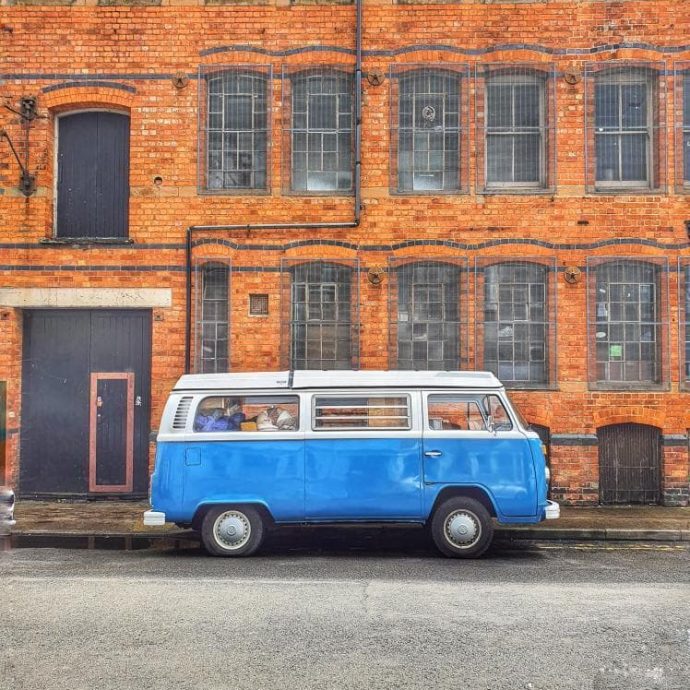