Car new’s, My Dad had one of those, cars you love to hate
and much more

Cramming a century’s worth of history into one book, 100 Years of Bentley does an impressive job of condensing the luxury brand’s heritage while keeping it an enjoyable read. Every major moment and footnote in Bentley’s history is noted, from founder WO Bentley’s early days as a railway apprentice to the car maker’s latest models, and ensures readers can be kept up to speed an all the ups and downs in the British company’s extensive past.

The latest in a long line of Haynes car maintenance guides is an interesting twist on the traditional workshop manual. Instead of focusing on a single car, “Car Hacks” highlights cost-effective and ingenious ways of keeping your motor in tip top condition — ranging from using socks to protect your car’s wiper blades during winter, to fixing small bodywork scuffs and scrapes with toothpaste and nail polish.

Valerie Pirie may not be the most widely-known name in motor sport circles today but, as Sir Stirling Moss’ former secretary, she’s better placed than many to provide a detailed insight into one of the greatest racing drivers of all time. From the trackside anecdotes to her recollections of waiting by Moss’ bedside after his career-ending crash at Goodwood in 1962, Pirie’s account shines a whole new light on the legend that is Sir Stirling, and promises to be perfect for anyone after engrossing cover-to-cover read on Christmas Day. The Ciao, Stirling title is more than a little poignant, given Moss is now 90 years old, retired from public life and thought to be in poor health.

The eccentric Edd China had been tinkering with cars long before he debuted on Wheeler Dealers — and he’s now finally compiled his engineering exploit highlights into his first ever book. From behind-the-scenes details from the TV show that found him international fame (and his controversial exit from the show), to recounts of crazy projects like his “Comfy Lofa” road-legal sofa, Grease Junkie is an entertaining insight into the mind of the maverick mechanic.

The Sound of Supercars

Any car-obsessed child will go wild with this brilliant idea: a book with not only bite-sized fast car facts but also the sounds made by their engines (of electric motors, in the case of the Tesla Model S). A variety of cars is included, from the V-twin Morgan Three-wheeler to the 8-litre, quad-turbocharged W-16 Bugatti Chiron, ensuring a lovely variety of sounds. Treid and tested on a three-year-old, this is a proven hit with budding car nuts.

If you’re after something more substantial than a regular rear seat cover, the Amazon Basics pet hammock could be just what you’re after. As well as ensuring your pet is kept comfy on car journeys, it also covers and protects more of the car’s interior than a regular seat cover. Plus, it also has pre-made holes for the seat belt buckles — meaning you your pet can still wear a safety harness when the cover is in place.

The Amazon Fire Kids tablet could be a handy tool for parents with young children to have on car journeys. A kid-proof case (available in four colour choices) means the tablet should survive everything your children can throw at it, and the device allows access to thousands of apps, games, videos, books audiobooks and educational content via a subscription service, with the first year thrown in with the purchase (subscriptions after that start at £1.99 per month). With 32GB of storage and a 10-hour battery life, it should keep kids occupied — and hopefully out of mischief — on long car trips.

Car fans will love the new Fire TV Cube — an evolution of the old Fire TV stick — as it turns an older TV into a smart one, allowing them stream The Grand Tour on Amazon Prime’s video service, as well as YouTube, Netflix and BBC iPlayer (in case Top Gear is still their thing).

There is, however, more to like about it than motoring programmes: you can control your satellite box and soundbar with it, and because the built-in Alexa assistant is voice-controlled, no remote is needed to switch channels. The built-in speaker and microphone also let you turn down the lights (if you have smart bulbs) and check the weather before going for a drive.

Coffee-drinking drivers who don’t want to pay an arm and a leg for a hot cuppa at motorway services may find a lot to like about this in-car dispenser. You only need to power the Handcoffee Auto by plugging it into your car’s cigarette lighter, and the manufacturer has designed the machine to sit snugly in a cup holder while it’s brewing.

Countless songs have referenced the Ford Mustang over the years, so it’s fitting the famous muscle car has now been immortalised in boombox form. While it’s styled to resemble the radio you’d find on a 1965 Ford Mustang, the stereo is an up-to-date piece of kit: Bluetooth connectivity means you can play music from your phone through the stereo’s speakers, and maker ION Audio claims the stereo’s 25 watt speakers are pretty punchy for a music player of this size.

Many drivers in the UK have cars that don’t have built-in phone connectivity, so the Jabra Drive is a great third-party accessory for those motorists. Noise-cancelling tech and its ability to be clipped to a sun visor help improve sound quality when making and answering calls, and voice commands are help streamline the initial setup process. You can even use the Jabra Drive for other tasks, such as streaming GPS navigation instructions from your phone.

If you have friends or family members with phenomenally filthy cars, the Kärcher K2 pressure washer could be an ideal Christmas gift for them this year. Kärcher claims it has the power to blast stubborn muck from your motors, and the washer’s light weight and array of attachments means even hard-to-reach areas should be a doddle to make squeaky clean again.

Keeping the kids hydrated en route to the in-laws is important… as is making sure you avoid spillages in the back of the car. So, with a lid that allows you child to drink from any part of the rim and automatically reseals itself after drinking, the Munchkin Miracle cup could be the answer. The lack of a spout means it’s easy to clean, and it comes in an array of colours and styles.

There’s a reason why Nextbase’s latest generation of dash cams won our Motoring Innovation award for 2019: they’re stellar pieces of kit. By far our favourite Nextbase Series 2 cam is the flagship 522GW, which can transfer video files for safe keeping to your smartphone, automatically start recording if it detects someone driving into your car while parked, and even let the emergency services know your location in the event of a crash. With Alexa integration, you can also control it with your voice.

If you’re patiently awaiting your all-new Land Rover Defender to be delivered, this latest Lego Technic set could be ideal if you want to make the wait more manageable. As well as being an accurate-enough representation of the eagerly-anticipated off-roader, the toy Defender should also keep you occupied for quite some time: you’ll need to put nearly 2,600 pieces together before the Lego Landie is fully assembled.

Indulge in a bit of automotive nostalgia this Christmas with one of Top Trumps’ latest blasts from the past: a remake of the Exotic Sports Cars set it first released in 1992. While the plastic case is a bit different this time around, Top Trumps claims the batch of 30 cards are near-exact copies of the ones that came with the original set; sporting the same artwork and stats from when the pack made its debut on store shelves nearly 30 years ago. We’re sorry if that’s made you feel really old. 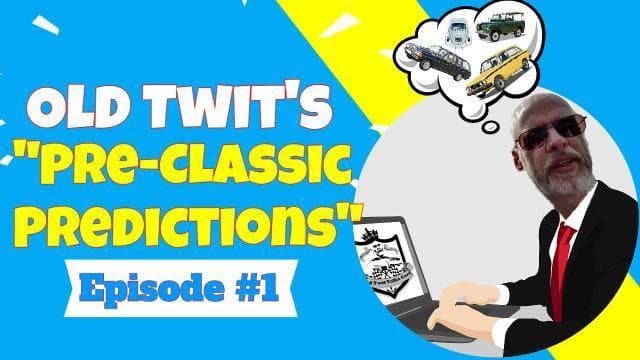 The Road Show #36 with “The Old Twit” Duggystone Radio 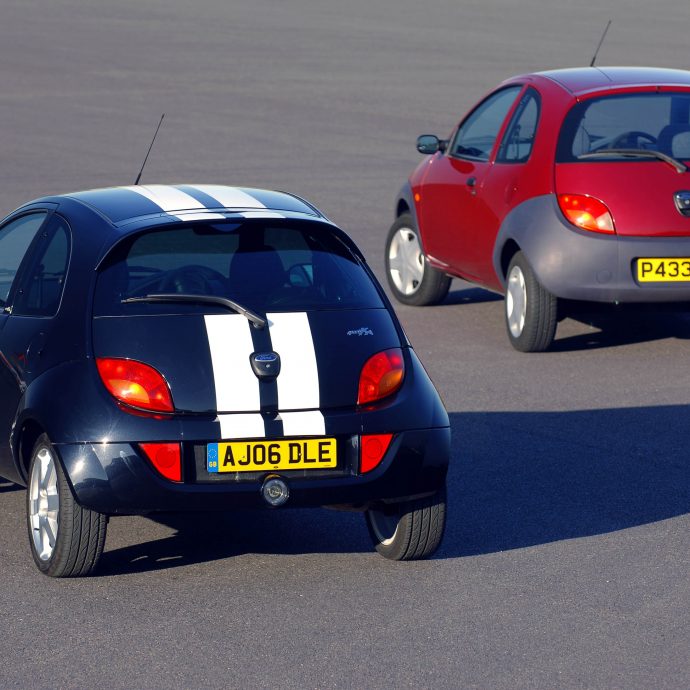 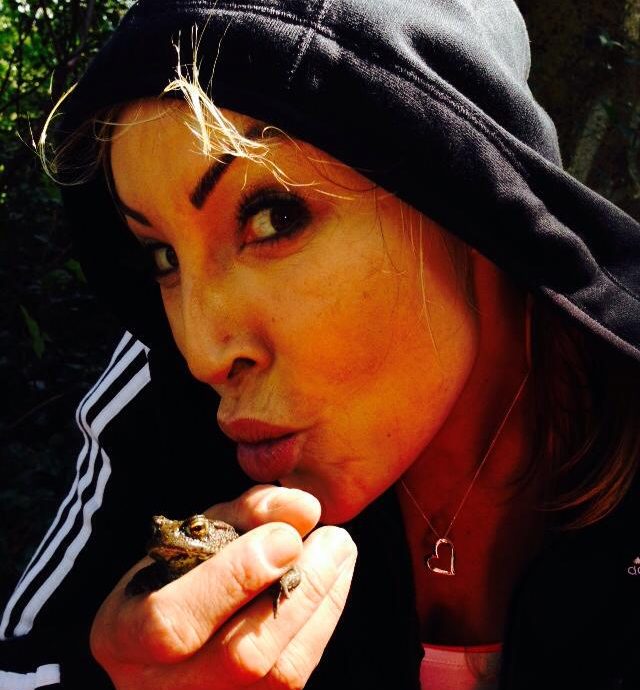